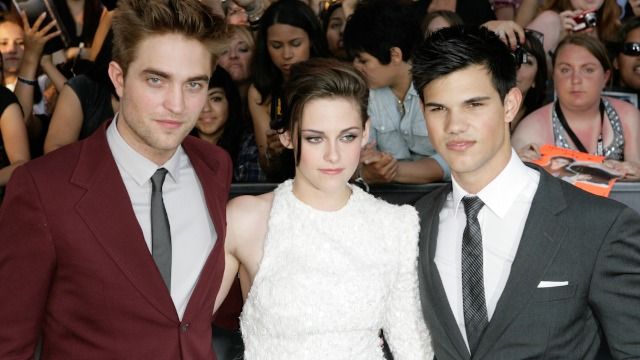 21 of the funniest tweets about 'The Twilight Saga' dropping on Netflix.

Netflix dropped "The Twilight Saga" for users to stream in a blackout of blue-tinted paranormal teen chaos, and the nostalgia is too much for some people to handle.

The Twilight movies, based on the book series by Stephenie Meyer, are still beloved by fantasy fans despite being five, fully unhinged whirlwinds of beautiful nonsense. The world in which people transform into giant dogs when vampires who have to attend public high school threaten their community, half vampire-half human babies can read minds and blood-sucking demons are genius heartthrobs is still wildly entertaining. People can't get enough of the love triangle between a high school kid and two magical beings, one of whom is a 100-year-old man trapped in a glittery teen's body.

So, if you can't wait to go back to the 2008-filtered overcast universe of vegetarian vampires who sparkle in the sunlight, Kristen Stewart gnawing off her bottom lip through every scene, and Robert Pattinson suffering from severe eye discomfort while wearing amber and red Hollywood contact lenses, here are the funniest tweets we could find about Twilight's Netflix release.