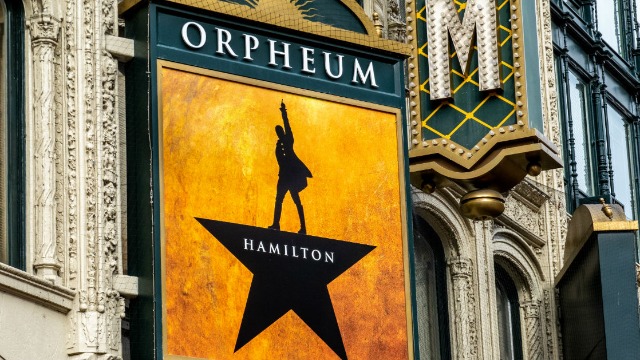 21 of the funniest tweets from people who finally got to see 'Hamilton.'

"Hamilton," the rap-opera about founding father Alexander Hamilton's life, hit Broadway in 2015, but people have been talking about it more recently as the entire show was filmed for Disney+.

While fans of the show have been able to listen to the music for years, some of them obsessively memorizing every word and shifting the energy in karaoke rooms across the country with a ten minute rap about American history, very few people have actually been able to snag tickets to show. Considering "Hamilton" has been sold out every night in New York City since it opened (although it's been closed due to COVID-19) tickets sometimes could cost people up to 900 dollars for one seat on ticket apps. Is it worth it, you ask? Luckily now you can see for yourself!

The general opinion of the show has been that it's "genius," a "cultural phenomenon," or the best show to ever grace Broadway, but nothing is safe from the critics of the chaotic disaster of opinions that is Twitter. Now that more people have access to the entire show, some are questioning whether or not it is the perfectly flawless masterpiece it's cracked up to be. Regardless of what you think of Lin-Manuel Miranda's (at the very least objectively impressive) work, here are the funniest tweets about "Hamilton" from Disney+ viewers so far.