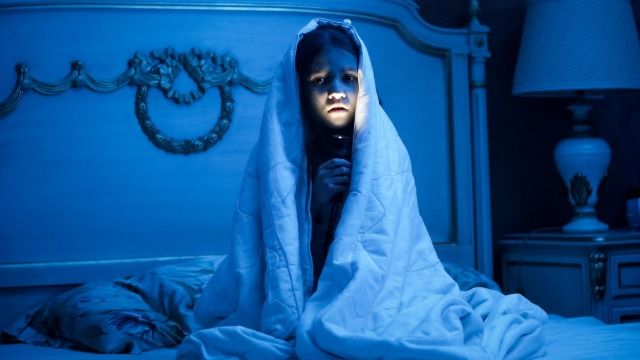 21 parents share a creepy thing their child said to them that still haunts them.

Kids, while usually adorable, can sometimes say something so terrifying that it gives their parents nightmares...

Is there anything creepier than a small child staring and pointing into a corner at seemingly nothing in the middle of the night? While kids usually have very active imaginations of their own and can conjure up images of monsters, witches, or creatures under their beds or in their closets out of their own shadow, sometimes their fear of nothing can even scare adults.

Depending on whether or not you believe in the supernatural, some people think children are more intuitive or naturally more communicative than adults when it comes to ghosts or spooky spirits. Still, most of the time the reason a kid is too scared to sleep is because of something that has a very logical and bland explanation, and not the spirit of the cobbler's son who died on the same property in the 18th century.

Even when parents open the closet and show their children there is nothing there, though, that doesn't stop kids from saying something so bone-chillingly eerie that it makes adults question whether they should keep the lights on. So, when a Reddit user asked, "Parents, what's the creepiest thing your kid has ever come out with that has given you the heebie-jeebies?" people were ready to share the scariest thing their children said that still gives them chills.