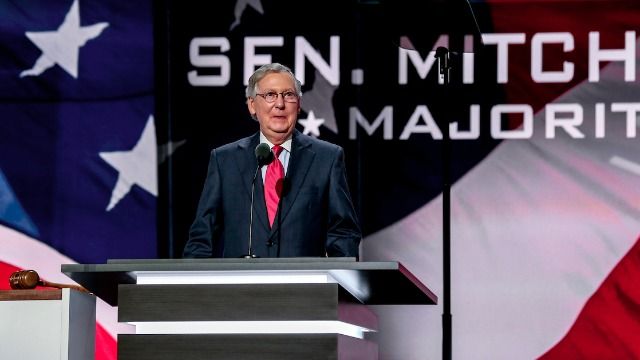 22 of the funniest reactions to Mitch McConnell losing control of the Senate.

Come inauguration, Democrats will control both chambers of Congress as well as the White House.

The Georgia Democrats Raphael Warnock and Jon Ossoff defeated Republicans David Perdue and Kelly Loeffler on Tuesday night, making them the first Democrats to represent the state in the Senate since 2000.

While many people are celebrating the fact that it'll be easier for Biden to pass legislation with control of House and Senate, others are happier about the fact that Republican Mitch McConnell will now be dethroned from his position as Senate Majority Leader.

Unsurprisingly, the tweets celebrating McConnell's demotion are abundant, here are just a handful of the funniest.

Just realized Mitch is the first ever living confederate statue to be taken down.