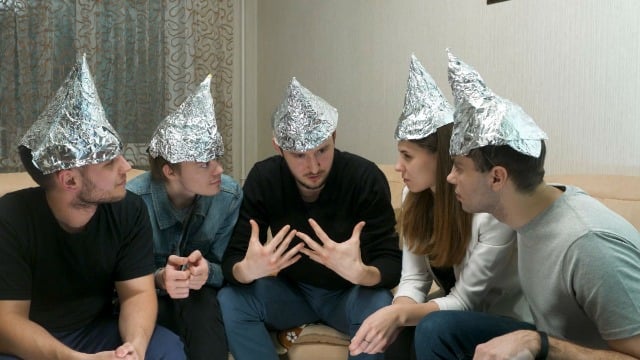 We've all heard a friend of a friend or crazy uncle say something that sounds so crazy and far-fetched that it almost makes you want to believe that it's real...

The illuminati? Lizard people? Disney subliminal messages? Flat-Earth theorists? It's hard not to be amazed when you hear a conspiracy theorist trying to convince you that the planet we live on is actually flat and full of spam-eating aliens, but these people are out there.

Of course there are the popular ones we've all heard before (Elvis is alive, the moon landing was a hoax), there are also some even wilder, underground conspiracy theories that can really blow your mind. So, when a recent Reddit user asked, "what is the craziest conspiracy theory you ever heard?" people were definitely ready to share...

"There was no Cold War in reality, it was just a cover for two allies to build super advanced militaries to prepare for alien invasion. Their mammoth nuclear arsenals are not meant for each other. This is all continuing even today and North Korea doesn't exist. It's just a black site, off the paper testing ground for Russian-American super-advanced weapons and technologies" - diones7