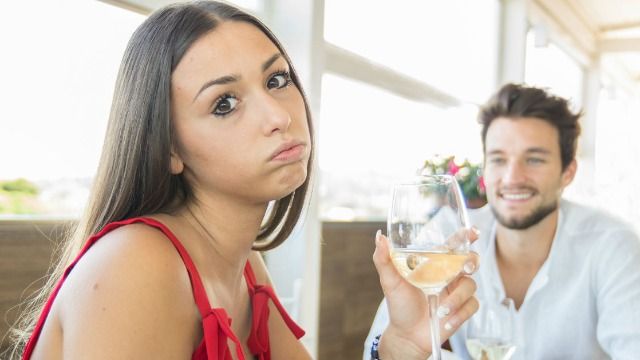 22 people share the creepiest thing someone said on a first date that made them leave.

Going on a first date can sometimes be an incredibly awkward hour at a coffee shop or cocktail bar while counting down the minutes until it's polite to leave. However, finding true love sometimes requires some risk!

Most people can tell pretty immediately whether or not they're going to hit it off with someone on a first date, but if you sense a massive red flag it's best to bail on the wine bar small talk with the internet stranger. People who are serious about dating usually don't want to waste time with someone who they can't see a future with, even if it's entertaining to see someone ramble on about their love of trophy hunting after you told them you work for an endangered animal charity. Not everyone you grab a coffee with can be your soulmate, but sometimes people can seriously shock you with how impressively awkward they can be on a first date.

Calling your parents to tell them you met someone when you don't even know their last name? Planning a family and picking out baby names with someone you met three minutes ago? There's a fine line between being excited and dangerously desperate, and people who have tried their hand in a string of countless failed first dates have seen some seriously creepy behavior. Shout out to the guy I dated once who had nothing in his entire kitchen or fridge except for thirty bottles of open Diet Coke bottles with a single sip consumed.