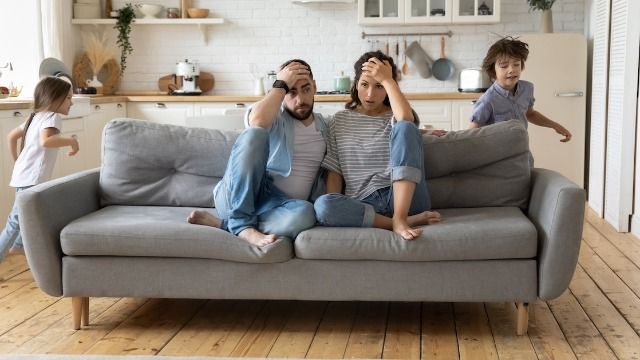 24 parents reveal the things about having kids they wish they were warned about.

If you're on the fence about whether or not to have children, it can be a hard decision between listening to your friends with kids complain about how tired they are with Cheerios in their hair to watching your child-free cousins roll their eyes at the fourth baby photo they're shown at Thanksgiving...

While the child-free double income life can seem like a glamorous reel of luxury vacations, eight hours of sleep every night and unlimited independence, there must be some indescribable, magical reward of parenthood or else nobody would do it, right? New parents might be sleepy shells of the people they once were when you bump into them at the grocery store and they're dressed in their bed with a screaming tiny human controlling their every move, but the glow of a proud parent on that Christmas card is palpable.

Still, babies famously aren't born with manuals and having a kid doesn't transform you overnight into an expert. Lack of sleep, piercing screams and constant "Frozen" songs are expected, but there are some hurdles of parenthood that nobody really tells you about. So, when a Reddit user asked parents, "What is something nobody warns people about enough when it comes to having kids?" people with children were ready to reveal the challenges and surprises of parenthood they wish they had known before diving in.