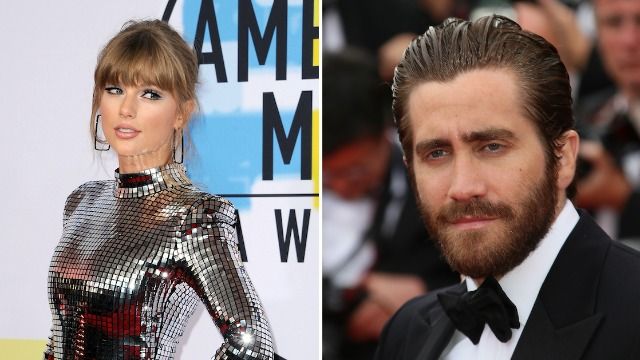 29 of the funniest memes about Jake Gyllenhaal reacting to Taylor Swift’s song about him.

In case you've somehow avoided all of the internet, everything on television, the radio, and every conversation that's happened outside of bars and coffee shops for days: Taylor Swift has released a ten minute version of her 2012 hit "All Too Well" along with yup, you guessed it: a short film riddled with fall foliage and the drama of romance...

The song, featuring heavily detailed lyrics unraveling the events of Taylor Swift's famous fall fling with actor Jake Gyllenhaal, has unearthed a whole slew of intense feelings from the "Swiftie" cinematic universe. The short film is a journey of crisp leaves, scarves, fighting while washing dishes, sipping champagne in a crowded room and the whirlwind of all that is 22-year-old heartbreak.

Although Swift and Gyllenhaal broke up over a decade ago, Swifties won't stand for anyone making their blondie pop princess cry. Naturally, many people on Twitter were left wondering where Jake is currently in hiding. Did he watch the film? Did he show up at her SNL performance and lurk outside of the window at 30 Rock wearing her scarf because it "reminds him of innocence and it smells like her?" Is he, dare I say...ok? All he had to do was show up to her 21st birthday party, hold her hand and return her godforsaken scarf.