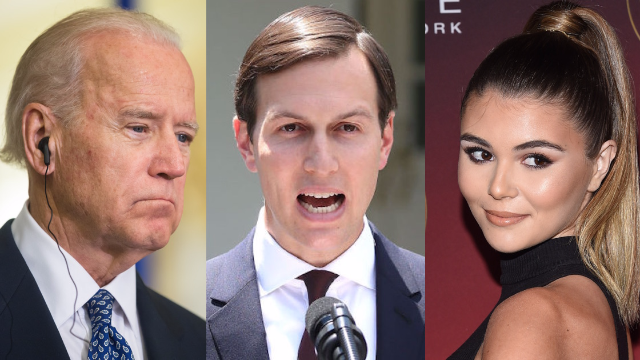 5. Joe Biden, because he was accused of being creepy, and he doesn't know how to apologize.

This one goes out to all the bros in the comments who say "what about Joe Biden?" whenever we write about the fact that current President of the United States Donald Trump has been accused of sexual misconduct by 23 women, and bragged about his pussy-grabbing habits on tape.

Former Vice President who doesn't know how to retire Joe Biden was accused of inappropriate behavior by former Nevada assemblywoman Lucy Flores, who described her encounter with Biden in an essay for The Cut.

It happened on the campaign trail in 2014, when Flores was running for lieutenant governor: