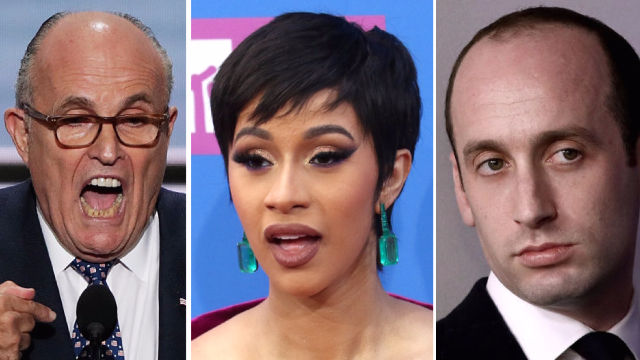 5. Rudy Giuliani, because he implied that the president committed crimes but committing a crime is not a crime.

Congratulations, everyone! It has only taken two years for President Trump to go from tweeting "WITCH HUNT!" and "NO COLLUSION!" to his lawyer going on TV and declaring "collusion is not a crime."

Once known for being the mayor of New York City on 9/11, Giuliani is now leading the response team to 11/9, and he's not denying that Trump has committed crimes. He's just arguing that Trump's crimes are not crimes.

Yesterday on ABC This Morning, Giuliani told George Stephanopoulos (not to be confused with felon George Papadopoulos, who plead guilty to lying to the FBI in the Mueller investigation and just got out of jail) that yeah, Trump may have told Michael Cohen to pay hush money to women who allege extramarital affairs, but even though the deed is sending Cohen to prison, it doesn't mean that it's a crime.