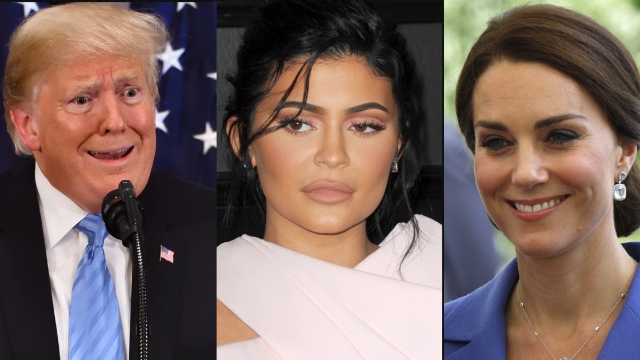 5. Prince William and Kate Middleton, because they got roasted at the BAFTAs.

The British Academy of Film and Television Arts held their annual awards ceremony last night, and as the British Oscars, they're even more British than the regular Oscars.

Prince William is the president of BAFTA, and sat in the audience with the Duchess of Cambridge as celebrities mocked the Royals, evoking both Megxit and Brexit, and the Joker got serious about systemic racism.

Winner Brad Pitt didn't make it to London, so he sent Margot Robbie up to deliver his acceptance speech. After thanking the Academy, Robbie read, "[Pitt] says he’s going to name this Harry because he is really excited about bringing it back to the States with him.”

"His words not mine, thanks," Robbie said as she backed away.