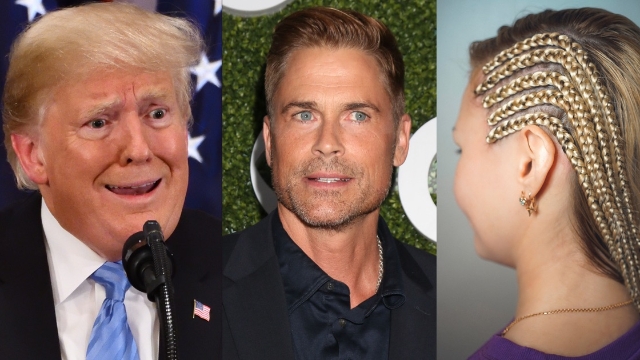 5. Rob Lowe, because his indecisive hat at a football game became a huge meme.

Rob Lowe hopes that both teams have fun.

The actor and disconcertingly beautiful man attended the NFC Championship game last night, and rather than root for the 49ers or the Packers, he expressed his general support for the game of football with his headwear.

Rob Lowe just rooting for a good game and success of the league pic.twitter.com/bPERC9oCGa

It's a very Chris Traeger move of him to say that the real winner of the football game is the multi-billion dollar corporation that made money along the way. Lowe was mocked with memes for this incredibly dorky move.