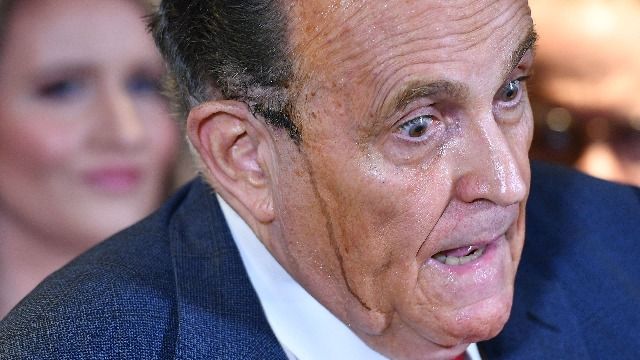 5. Rudy Giuliani, because he's being sued for $1.3 billion for his fraudulent "voter fraud" claims.

Dominion Voting Systems filed a defamation lawsuit against Giuliani for his role in the Trump campaign's effort to overturn the 2020 election that took them everywhere from Four Seasons Total Landscaping to the Capitol siege.

Per The New York Times, the voting machine company "accuses Mr. Giuliani of carrying out 'a viral disinformation campaign about Dominion' made up of 'demonstrably false' allegations, in part to enrich himself through legal fees and his podcast."