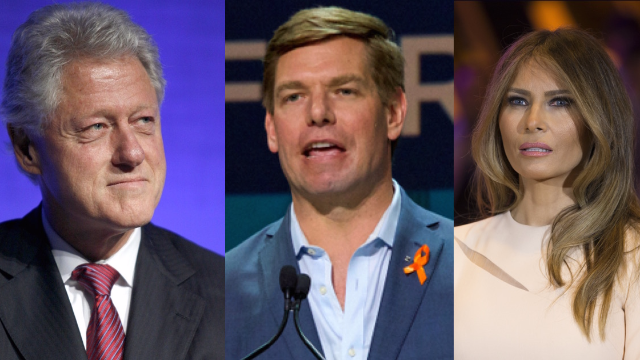 5. Billionaire pedophile Jeffrey Epstein, because he finally got arrested—and a Trump cabinet member can't save him this time.

The big news of the weekend—other than Megan Rapinoe being anointed president—was the arrest of Jeffrey Epstein, a notorious pedophile with friends in the highest of places.

Epstein used his money and connections to evade justice for decades (sound familiar?). He received a mere slap on the wrist for conducting an alleged pyramid scheme in which he lured young girls to his Florida mansion, sexually abused them, and had them recruit more teenagers for abuse. An award-winning investigation in The Miami Herald revealed how Epstein's lawyers, including Kenneth Starr (from The Starr Report) and Alan Dershowitz (former OJ defenseman, current Trump shill) struck a sweetheart deal with then-US Attorney Alexander Acosta, who now serves as Donald Trump's Secretary of Labor. A judge said that Secretary Acosta broke the law in failing to inform Epstein's victims that a deal was made.