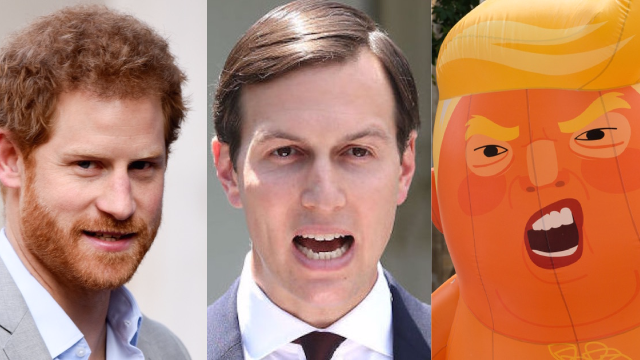 5. Donald Trump, because his UK state visit is waaaaay smaller than Obama's.

While the United Kingdom is embroiled in its own political crises, the city of London is coming together to tell Donald Trump to feck off.

The President of the United States arrived in the United Kingdom today for an official state visit, and British people (including Prince Harry) are pissed.

Trump was greeted on Air Force One with a view of a giant penis mowed into the grass and an "OI TRUMP." Landscaped by eco-friendly group Born Eco, Trump was also told that climate change is real while flying down the Stansted flightpath.