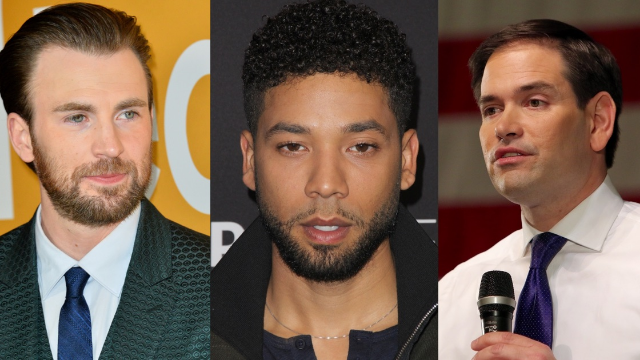 Chris Evans, aka Steve Rogers aka Captain America, is consistently hailed as a "woke bae" for his anti-Trump tweet, but recently had a slip up when he smiled with a controversial Republican congressman who loves his character.

Rep. Dan Crenshaw (R-Texas) is famous for having been made fun of by sex symbol Pete Davidson, but is also known in other circles as the moderator of a Facebook group that promoted the deadly right-wing Charlottesville rally and was a home for Pizzagate conspiracy theorists and racist fun.

Evans yukked it up with Crenshaw, who showed off his glass eye sporting Captain America's logo.