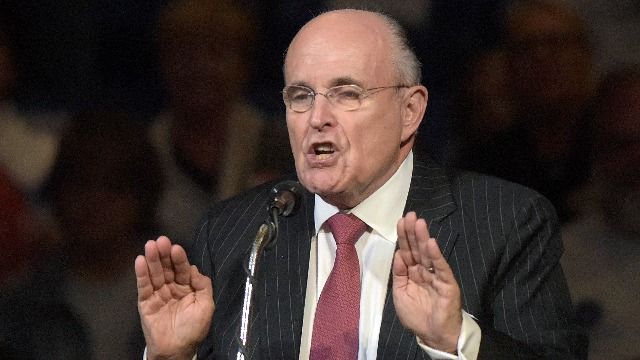 5. Rudy Giuliani, because the Feds raided his house as part of a criminal investigation into whether he broke lobbying laws while working for Trump.

Rudy Giuliani, star of the Oscar-nominated Borat Subsequent Moviefilm, had some recent visitors to his home despite social distancing. The FBI raided his home and seized his cellphones and computers, ramping up their criminal investigation into his dealings in Ukraine.

The New York Times spelled out just how ironic the investigation into Giuliani's Ukraine dealings is, considering the fact that it sprung out of Giuliani trying to get damaging information about Joe Biden and his son Hunter's alleged Ukraine dealings. Turns out it was Hunter's hunter who was the sketchy one all along.