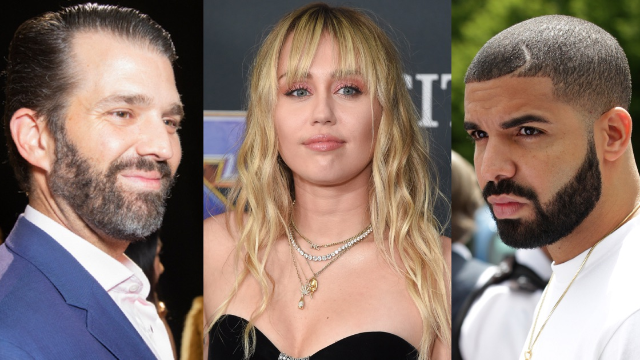 5. Donald Trump Jr., because he got booed off stage for not taking questions.

Donald Trump Jr., the guy who compared refugees to Skittles, is currently criss-crossing the country promoting his book about liberals are the real intolerant ones. The book is called "Triggered: How The Left Thrives on Hate and Wants to Silence Us," the title mocking people with PTSD making it a perfect Veterans Day read.

Don Jr. and his hype-woman/girlfriend Kimberly Guilfoyle were at UCLA yesterday promoting the book, and they likely came prepared with some snappy comebacks targeted at any anti-Trump protester who interrupted the proceedings. In the greatest twist since The Empire Strikes Back, Don Jr. was heckled offstage by people on his own team.