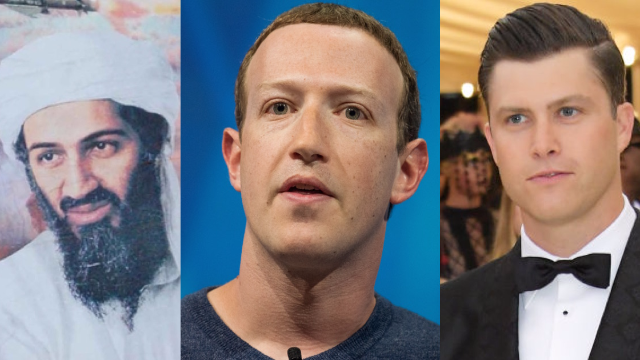 5. The Navy SEAL who led the bin Laden raid, because he has to defend himself from the president's attacks.

Donald Trump is starting the week off by saying that he could have stopped 9/11 (he didn't) and attacking the overseer of the operation that killed Osama bin Laden (wait...what?).

In an interview with Fox News, Trump insulted Adm. William H. McRaven, the Navy SEAL who oversaw the killing of Osama bin Laden and the capture of Saddam Hussein, and is currently being treated for chronic lymphocytic leukemia.

Admiral McRaven called Trump's attacks on the free press "the greatest threat to democracy," so the Commander-in-Chief decided to attack the veteran.

Trump on retired Navy SEAL Adm. Bill McRaven, who called Trump's attacks on the press "the greatest threat to democracy."

"He's a Hillary Clinton backer and an Obama backer. And frankly, wouldn't it have been nice if we got Osama bin Laden a lot sooner than that?" pic.twitter.com/lyaBvC9KFd