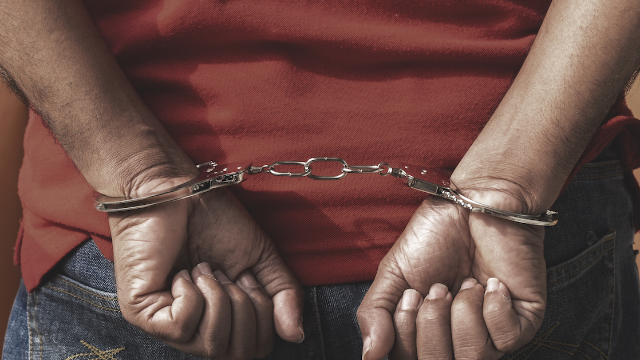 7 times people were accused of crimes they didn't commit and lived to tell the tale.

If the Serial podcast taught us anything, it's that Adnan didn't do it people love a good 'they got the wrong guy!' story. As it turns out, stories about people being l accused by law enforcement are pretty common. At least according to a Reddit thread that asked people to share their own experiences. We picked out seven of our favorite tales for you to enjoy. Here's the good news and the bad news at the same time: they don't last as long as a Netflix docuseries. Enjoy!

I’ve got two, from twenty-five years ago when I was a cop, one on one side of the badge and one from the other.

So I roll up to 123 Elm Street, and sure enough, there mowing his lawn in the front yard is the man himself, 6’, 250, red hair, red beard. I make contact with him, “Hey, Mr. Robertson? You got warrants and it’s time to go to jail.”

Hook him up, take him to jail, and in central booking I get his property off him and while filling out the inventory happen to notice this guy is Mr. Robinson, not Robertson.

Sure enough, the wanted guy was my guy’s landlord, and his twin-brother-from-another-mother doppelgänger. When I’d said Robertson, Robinson didn’t even twig to the fact I hadn’t said his name, he just heard the similar sounding name as his own. We had to walk the whole thing back and reactivate the warrant, then kicked him loose with a handshake and an apology.

The one from the other side, I had just gotten off duty at 2 AM and was driving home still in uniform. There wasn’t any other traffic on the road, so I wasn’t really surprised when a police car turned in behind me and started following me. I figured he was trolling for drunks and I was the only thing moving on the road, so he was just going to follow me a little to observe my driving, and he’d realize pretty quick I was sober and peel off.

Instead another patrol car joined him.

Then all four lit me up, and spread out behind me, blocking the road in a full felony stop.

Well, this just got interesting.

They went through the whole procedure, and I carefully followed their instructions. When they finally got me out and saw my uniform, they just stopped for a few seconds while I was trying to figure out just what the hell was going on. Then three of the officers got in their cars, turned off their lights, and took off, while the original officer told me I could put my hands down and explained what was going on.

My car was a spot on match for the suspect vehicle in an armed robbery and shooting that had just occurred right up the road. I’d driven right by the scene before the cops even got there a few minutes before the officer in the next district spotted me and thought I was the suspect.

It was an interesting night.