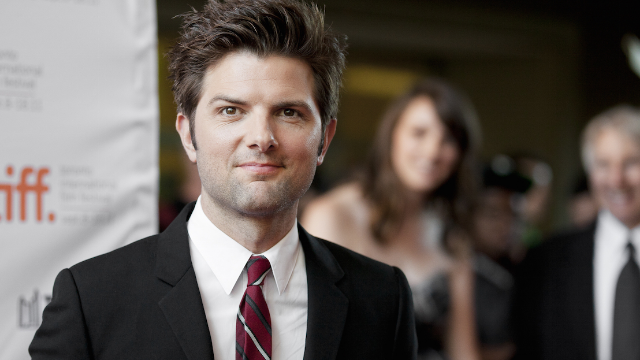 Adam Scott called out Mitch McConnell for using a GIF of him. Now they're feuding.

Looking for another reason to fall deeply and hopelessly in love with comedian and actor Adam Scott? If yes, then boy ohh boy do we have some good news for you.

Our story begins, unfortunately, with Senate Majority Leader Mitch McConnell. A couple days ago, the official Twitter account for Mitch McConnell (@Team_Mitch) tweeted out an article from The Hill about how President Trump plans to fill the Supreme Court vacancy before the 2020 election. The tweet was accompanied by a GIF of Adam Scott winking, from a scene in the beloved sitcom Parks & Recreations.

Glad to see that Mitch has hired a young & hip intern who knows what a GIF is to run his Twitter account.

Eventually, Adam Scott himself caught wind of the fact that his face was being used on Mitch McConnell's social media, and he was not into it. He replied to the tweet by saying: