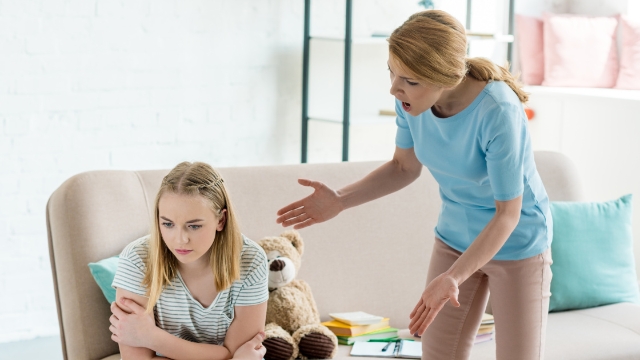 It’s hard being a teenager, but even harder if you feel like you’ve been left to care for your younger sibling. That’s the case for one person who posted on Reddit looking for advice, and asking if she was perhaps too honest with her mom. Here’s what happened.

In a recent Reddit post in the popular forum Am I The A**hole (AITA) the 17-year-old user, DanyDevitoismymom, asked: “AITA for telling my mom that she’s the reason I don’t want kids?”

The user starts off their post with some context, saying she's only 17-years-old and has been mostly raising her 7-year-old sister.

"My dad has been out of the picture since I was born. My mom was 17 when she got pregnant with me."

Then she gets into her story:

I got my period pretty late. I was 15 to be exact. And they were awful from day one. At one point I literally couldn't move so my mom brought me to the doctor and I was told I have endometriosis (at the wonderful age of 15!) and that it would be extremely hard and nearly impossible for me to have kids biologically. Kind of sucked but I accepted it. But now that I'm 17 and kind of basically raised my sister, I realize that I don't want kids. It's exhausting and a lot of work and she isn't even my child. (My mom is kind of irresponsible and would leave me to look after my sister and go out with friends and come home late. I have to miss classes to take my sister to school, etc. When my sister and I go out in public together, people think I'm a teen mom. I hold nothing against my sister. I love her dearly.)