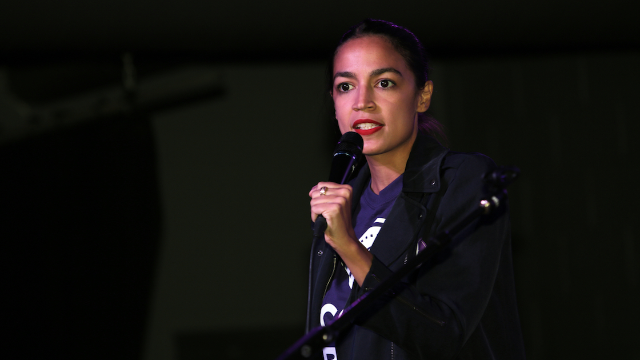 Alexandria Ocasio-Cortez clapped back at a female senator who called her a ‘shiny new object.’

Over the weekend Alexandria Ocasio-Cortez responded to a comment from yet another establishment politician, except this time, it was from a woman in the Democrat camp (rather than one of the many GOP men who have come for you).

While the Democrat Missouri senator Claire McCaskill didn't come for Ocasio-Cortez's neck like many have, her wording in a recent interview left a very bad taste in the 29-year-old congresswoman-elect's mouth.

During an exit interview on Saturday, the CNN congressional correspondent Manu Raju asked McCaskill to clarify why her recent radio ad includes the claim she is "not one of those crazy Democrats."

McCaskill cited protesters disturbing Trump staff at dinners, protesters who broke windows during Trump's inauguration and pretty much anyone who radically decries Trump outside the specter of civility.

Unsurprisingly, Raju followed up to see whether McCaskill believes Ocasio-Cortez belongs in the "crazy Democrat" camp. Rather than directly saying yes or no, the Missouri senator responded by describing Ocasio-Cortez as "a bright and shiny new object who came out of nowhere and surprised people when she beat a very experienced congressman."