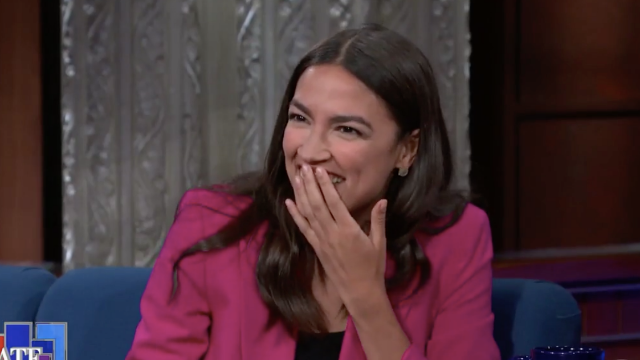 In case you missed it, two of the dudes running for president decided to dust off their Spanish at last night's presidential debate. And everyone's got an opinion on it, including Rep. Alexandria Ocasio-Cortez.

Senator Cory Booker and non-senator Beto O'Rourke were the Spanish attempters in question. They answered a chunk of one question each in Spanish. Watch below:

Oops, wrong clip. Here it is:

O'Rourke, Booker and Castro showed off their Spanish in the Democratic debate. pic.twitter.com/hZFXfQOeCW

While the internet had its own reactions, Alexandria Ocasio-Cortez headed to "The Late Show with Stephen Colbert" to register her amusement at their skills. She was mostly complimentary, while also deploying expert shade.