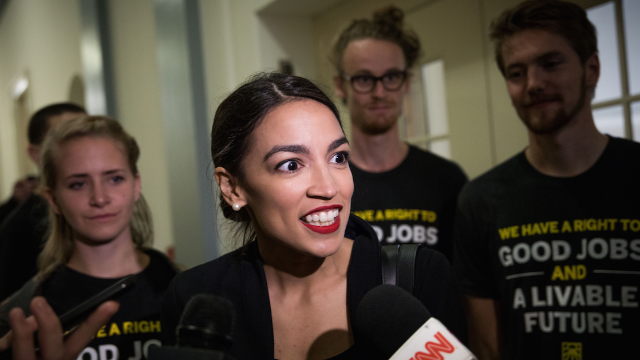 Mike Huckabee insulted Alexandria Ocasio-Cortez and she dragged him and his daughter to filth.

Don't come for newly elected Congresswoman Alexandria Ocasio-Cortez unless she sends for you. This is a message that several obviously threatened older white male GOP politicians have failed to internalize, and honestly, watching her shut them down is incredibly cathartic.

The latest installation of Ocasio-Cortez shutting down a threatened old white man took place when Mike Huckabee insulted her after a recent speech.

During a press conference hosted by the Sunshine Movement, an anti-global warming advocacy group, Ocasio-Cortez compared her Congressional win to the moon landing and the 1964 Civil Rights Act.

She said that her win, and the win of many other women - particularly progressive women of color, was completely unprecedented and shows that change is still possible.

"We went to the moon. We electrified the nation. We established civil rights. We enfranchised the country. We dig deep, and we did it. We did it when no one else thought that we could. That's what we did when so many of us won an election this year."