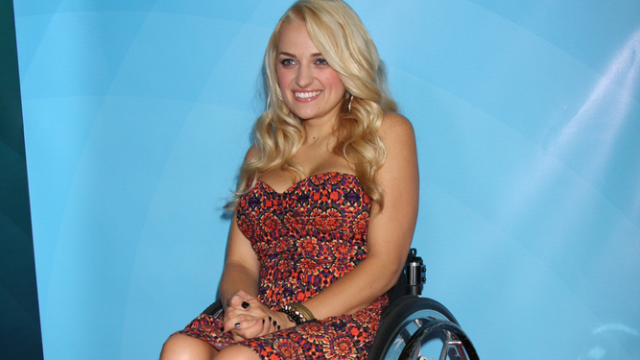 Watch Sexy Oklahoma's Ali Stroker slay her big song and be even more psyched about her Tony.

On Sunday night, Ali Stroker became the first person who uses a wheelchair to win a Tony Award, and it's a thrilling moment for people who have disabilities and everybody who likes to see great performances great rewarded.

Stroker kicked off Sexy Oklahoma™'s performance with a sexy rendition of Sexy "I Cain't Say No," and she brought the house down for the cast joined in with the title song.