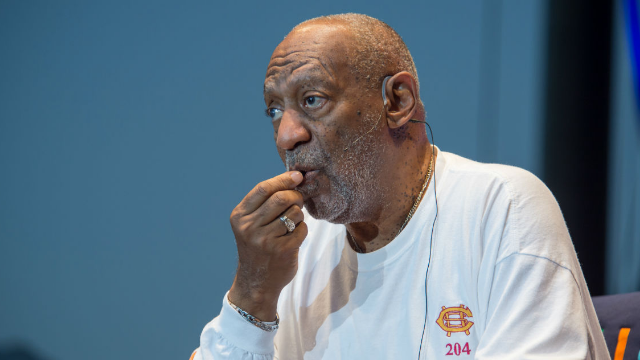 Remember Bill Cosby? We all tried to forget him, but it seems like he won't let us...

Maybe being in prison has made him delusional to his reputation in the outside world, but his Father's Day message to America makes me think Cosby is under the impression people are still into him. Sure Bill, your show was good. A lot of us grew up with it and looked up to you, but then remember when you drugged and raped a whole bunch of women? That's why we hate you now! While Cosby was officially found guilty on 3 counts of sexual assault and sentenced to up to ten years in prison, many women have accused him. The stories are incredibly disturbing and chillingly detailed--it's more than disappointing, it's a tragedy.

According to USA Today, Cosby asked a spokesperson to tweet out the Father's Day message from his account. You'd think that spokesperson would've said, "Hey, Bill, everyone hates you. You're not America's dad anymore, you're America's rapist." Instead, the spokesperson sent the message not only to Twitter: