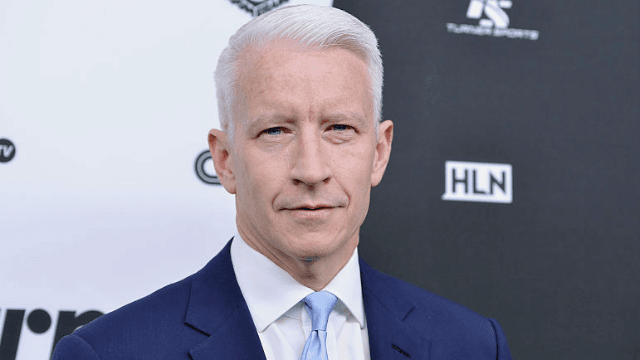 Anderson Cooper hosted three of his doppelgängers on CNN. Twitter is dead.

For most of us, it's bizarre enough to come across a photo of someone who strongly bears your resemblance. Even the act of listening to a stranger describe your doppelgänger in detail can cause a mini identity crisis. So, we can only imagine the existential dread that hit Anderson Cooper when he hosted three doppelgängers on CNN on Tuesday.

I highly doubt Cooper sat down at his desk and planned to host three of his own doppelgangers, because who invites that identity crisis in their life?! Nonetheless, the three guests all appear to be parallel universe versions of Cooper (although arguably he's the most handsome because being conventionally attractive is kind of his thing).

Just, look at how uncanny this photo is.

HOW ARE THEY NOT ALL WRIGGLING IN THEIR OWN SKIN?! If I was Cooper, or any of his guests, I would immediately "fall sick" just so I wouldn't have to look at a funhouse mirror of my visage. It seems so uncomfortable.