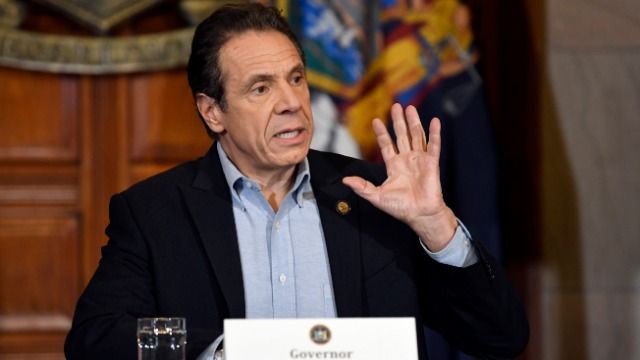 New York Governor Andrew Cuomo has been hit with a new crop of sexual harassment allegations, and he's apparently fighting fire with fire — by releasing a slideshow that shows him kissing and touching random people from all walks of life. Interesting approach!

Many members of Cuomo's own party, including President Joe Biden, have called for him to resign. But Cuomo seems determined to go down swinging — er, kissing and hugging.

The governor decided to address the allegations last night with a video that his office posted on Twitter. In it, he talks about how he's an affectionate person who touches and kisses "everyone. Black and white, young and old, straight and LGBTQ, powerful people, friends, strangers, people who I meet on the street."