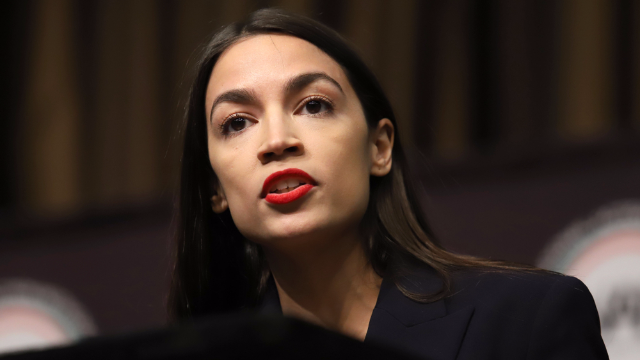 Another day in Trump's America, where the main debate between members of Congress is whether or not the kids concentrated in camps at the border are indeed in concentration camps.

Rep. Liz Cheney, third-ranking Republican in the House and spawn of Dick, is absolutely AGHAST that Rep. Alexandria Ocasio-Cortez compared the detention camps to migrant children to those made famous by the Nazis during the Holocaust.

Immigrant children and families are being held in detention facilities on the southern border, and are even being transferred to an Oklahoma army base that was used as an internment camp for Japanese Americans during World War II, so yeah, comparisons to the 1940s are not out of nowhere.

"The U.S. is running concentration camps on our southern border, and that is exactly what they are," Ocasio-Cortez said on Instagram. "The fact that concentration camps are now an institutionalized practice in the home of the free is extraordinarily disturbing, and we need to do something about it."