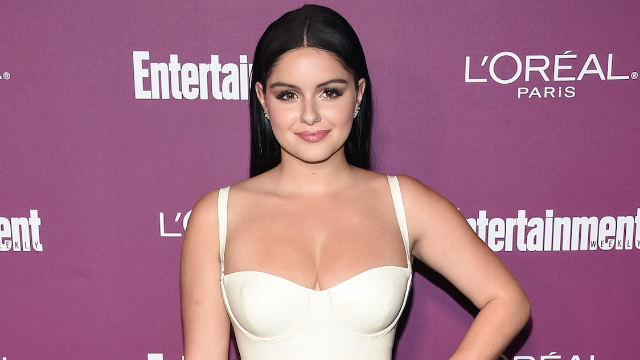 Ariel Winter is being bullied on Twitter for posting about her cousin's life-threatening illness.

Back in early December the Modern Family actress Sarah Hyland was bullied off Twitter after she posted a GoFundMe link for the funeral costs of her 14-year-old cousin, who was killed by a drunk driver. Many of her fans (and critics) claimed it was tacky for her to post a GoFundMe when she has a net worth of $14 million. After receiving such callous backlash in the face of her cousin's death, Hyland decided to take a social media break.

You guys finally did it. Your horrible negative ignorant words have broken me. Happy? Staying offline for a while. I have a special announcement and video releasing on Wednesday I believe. So. There’s that. ✌🏼

Well now, her costar Ariel Winter is experiencing similar treatment on Twitter after posting a GoFundMe for her cousin Tino who has been hospitalized with Haemophilus Influenzae, and needs money for medical and living expenses.