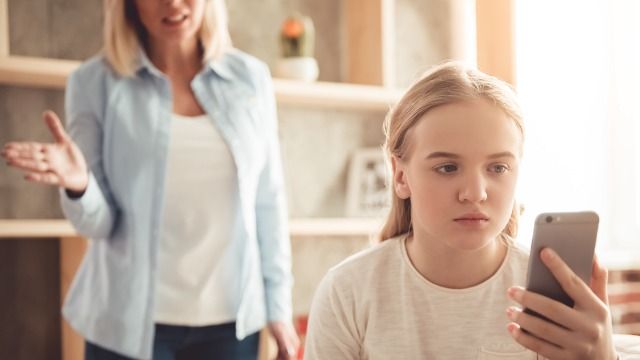 Aunt asks if she was wrong to make 13-year-old niece delete her social media.

Protecting teenagers from recklessly posting every minute of their entire lives to public social media platforms can be a challenging endeavor...

Teens hold the entirety of their social lives in their phones, and Instagram or TikTok can be great tools for creativity and communication. Still, as fun as it is to scroll endlessly through selfies, memes or videos of adorable cats, the internet isn't always a safe place for kids. Parents try their hardest with parental controls or demanding their teens have private profiles or closed DMs, but the lure of going viral or becoming an influencer or YouTube star has many young people shamelessly breaking their parents' rules.

So, when a concerned aunt decided to consult the online courtroom of moral philosophy otherwise known as Reddit's "Am I the As*hole?" about her 13-year-old niece posting private information publicly to her social media profiles, people were quick to deem a verdict.

AITA (Am I the As*hole) for deactivating my niece's social media when she refused to do an internet safety course?

I have custody of my sister's daughter, a 13 year old. She became old enough for social media a few months ago and I let her create profiles on her birthday. I said the condition was that she make her accounts private, and only accept follows/friend requests from people she knows. She showed me her accounts, which were set to private, so I believed her. I also followed her, so I could see what she was posting, which she agreed to.