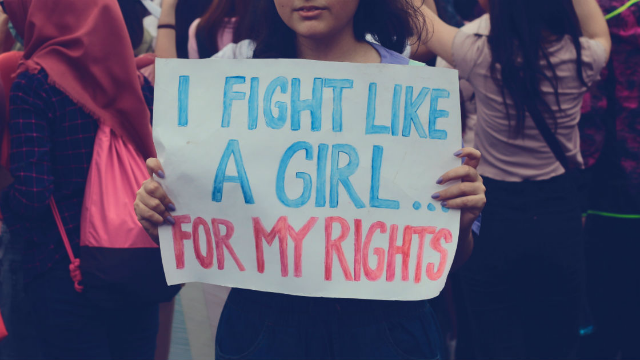 Australian women who've had illegal abortions are using #ArrestUs to advocate for decriminalization.

Women in Australia are standing up for their rights in the most badass way.

By using #ArrestUs hashtag, Australian women on Twitter are smashing the negative stigma surrounding abortion and sharing their stories as a way to advocate for decriminalization of the procedure in New South Wales, where it is still a crime.

The #ArrestUS campaign posted their manifesto on Facebook, writing:

In the early 1970s eighty women declared themselves to be criminals in a national newspaper, taking out an advertisement as a provocation in the campaign to decriminalize abortion.

Fifty years on and abortion is still technically a crime in NSW. A bill to be debated in NSW Parliament this week seeks to finally change that. Should it pass women in NSW will finally have the freedom to make our reproductive health choices without facing the challenges presented because abortion is criminalized.

It's hard to believe that in New South Wales, a woman and her doctor can still be imprisoned for up to a decade for an unlawful abortion. If the doctor can confirm that a pregnancy would harm the health of the woman, only then does case law allow a legal abortion. The law is up for debate and may continue well into tonight while many protesters fight for decriminalization.