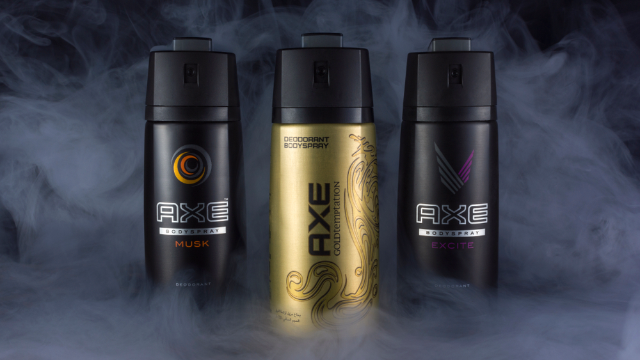 Axe Body Spray destroyed a homophobe, proving they're one of the good bros.

The most welcome, surprising glow-up from the century comes courtesy of Axe Body Spray, which has gone from the chosen "cologne" of creepy frat bros to a proud defender of gay rights.

With Pride Month inspiring many corporations to make rainbow-colored merchandise (and money), and Axe Body Spray is going the extra mile to distance itself from homophobes.

After a group of alt-righters announced a "Straight Pride Parade" in Boston, non-homophobic a-holes proceeded to dunk on the losers who felt they needed a parade to celebrate their identities that have never caused them any oppression at literally any point in their lives.

Floats for the Straight Pride Parade...

Axe Body Spray hated being associated with such a farce, and declared their support for "the parade that matters": the gay pride parade.