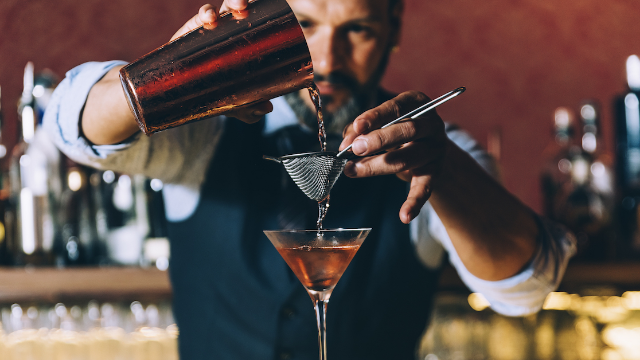 Going to the bar is meant to be relaxing, but when creeps abound a drink to let off steam can quickly turn into an escape room situation. Most people who've worked the bar circuit have spotted their fair share of creepy dudes who ignore a woman's body language and harass her until happy hour is trauma hour.

Luckily, some bars have adopted the "safe word drink" policy, where patrons can order something from the bar that acts as a code word. For many bars, the safe word drink is an "angel shot" which lets a bartender know the customer needs intervention, a ride home, or feels unsafe near whoever is haranguing them. Other bars have their own safe word drinks, one bar in London came up with its own code word which was to "ask for Angela."

In most cases, a bar's safe word drink is posted in the women's bathroom, with "angel shot" being the most commonly known by bartenders across the board. In a perfect world, we wouldn't need any of these safe words, but sadly that is not the reality so it's essential that more bars take these precautions. While a majority of creepy bar run-ins happen to women, there are also times when men are in harm's way and need an escape route, as evidenced by this post.