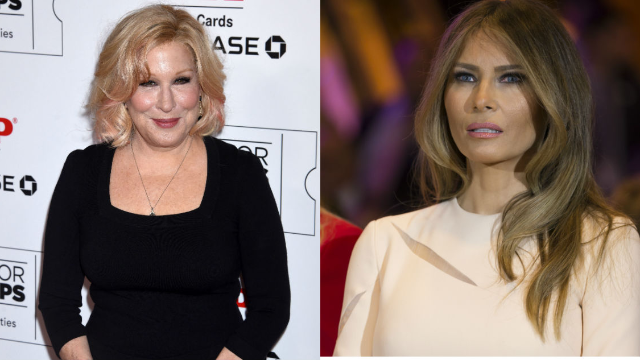 In case you've missed her internet presence the last few years: Bette Midler really doesn't like Trump, his family, and everything they stand for. This is something we have in common, and her heckling of the presidency has served as both comedic relief and a viral lightning rod of truth on many different occasions.

Given her track record, it's hardly surprising that Midler posted a diss of Melania accompanied by an older photo of the First Lady.

However, the nature of the dig felt too far given the fact that Midler used a nearly nude photo from Melania's 2000 GQ photoshoot, where she's posing on Air Force One. The butt of the diss was Melania's exposed body, not her husband's policies or her decision to stand idly by while he ushers America into fascism.