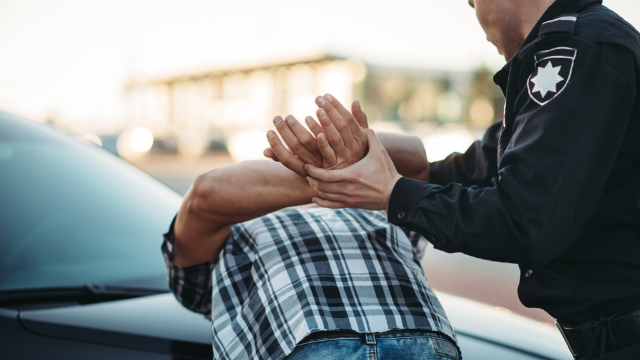 Black man stopped by police for 'looking suspiciously' at a white woman.

A Black man was stopped by police in Royal Oaks, Mich., after a white woman accused him of "looking suspiciously" at her.

Devin Myers, 20, was approached by officers and questioned while he walked to a restaurant, according to the Metro Times. The police were called due to accusations Myers had been "looking suspiciously" at a white woman.

Kimiko Adolph stayed with the man to make sure he got out unscathed. She also recorded video of the encounter.

The video shows that several police officers and police cars surrounded the man. Many commenters asked why the police weren't interrogating the woman who made the call.