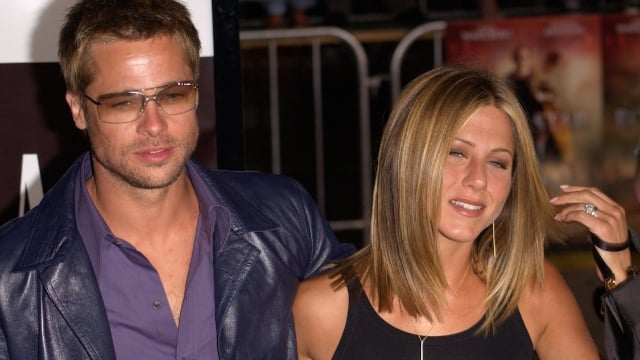 Brad Pitt joked about his dating life at the Golden Globes and now Jennifer Aniston's reaction is a meme.

It's been fifteen years since Brad Pitt and Jennifer Aniston parted ways romantically, but that hasn't stopped the public from referencing their past marriage whenever humanly possible.

Last night's 77th Golden Globes Awards show was no exception, so when Pitt made a speech that referenced his dating life, the cameras were all over Aniston's facial expressions.

When Pitt won best supporting actor for his role in Once Upon a Time in Hollywood, he poked a bit of fun at the dating rumors constantly swirling around him.

"I wanted to bring my mom but I couldn't because any woman I stand next to, they say I'm dating," he quipped.

"I wanted to bring my mom, but I couldn't, because anyone I stand next to they say I'm dating. It'd just be awkward..." - Brad Pitt#GoldenGlobes pic.twitter.com/PtWWm6HutT

Naturally, cameras wasted no time before panning to Aniston's reaction to Pitt, which was expressive to say the least.