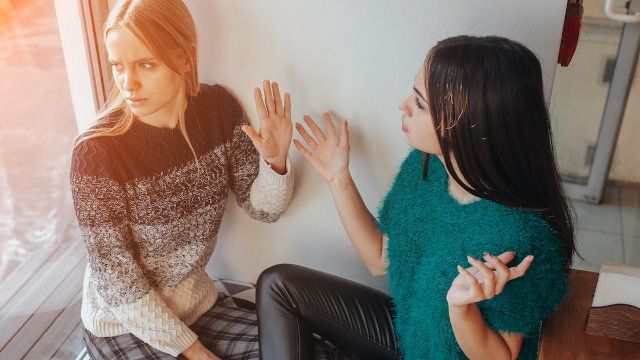 Bride asks if she's wrong to ban sister from wedding for her racist comments about fiancé.

Racism is unacceptable and should not be tolerated in any form, even if you think you're "just joking"...

Offensive "jokes" can cause serious pain and harm, and if someone is telling you that your words are offensive and racist, you absolutely have to listen and reevaluate. Passing off a bigoted, hateful comment as a "just a funny joke," is a cowardly attempt to dodge any accountability for the hurt you potentially caused the target of your "punchline." If someone in your family is constantly spewing out racist vitriol under the guide of a "hilarious rant," you can't just write them off as "that crazy uncle on Facebook," and let them ramble their destructive, problematic opinions without consequence.

The things people say when they think they're safe from judgement or "only joking," are often how they truly feel and think. Sadly, there are some people who refuse to listen and learn and your only choice is to cut them out of your life in order to protect your loved ones. So, when a conflicted bride decided to consult the moral compass of the internet otherwise known as Reddit's "Am I the As*hole?" about whether or not she's wrong to un-invite her sister to her wedding over racist comments about her Korean future husband, people were quick to offer advice.