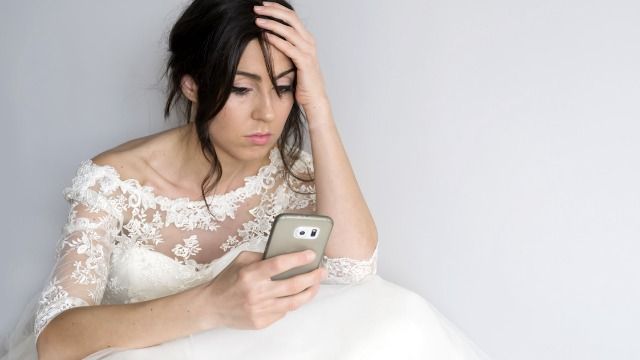 Bride asks if it's OK to make dad pay for wedding venue after stepsister cancelled it.

Weddings have a special way of unearthing all of the underlying drama in a family or group of friends...

While some wedding traditions have remained such as "don't wear white unless you're the bride" and "throw the bouquet to see who'll get married next," the tradition of the bride's father funding the entire event is wildly outdated. So, when a frustrated bride decided to consult the moral compass of the internet otherwise known as Reddit's "Am I the As*hole?" about whether or not she would be wrong to force her father to pay three times what he planned on for her wedding, people were quick to help deem a verdict.

AITA (Am I the As*hole) for making my father re-book my wedding venue at nearly triple the original cost after my stepsister canceled my original booking?

My stepsister impersonated me and canceled my wedding venue reservation. She's 18 and a jealous cow. I got the reservation for a steal because I booked early and COVID made things uncertain.

Well now demand for wedding venues has skyrocketed. The venue is now asking nearly triple the original cost for the same date. They said they'll only honor the original reservation if I show proof that my stepsister committed fraud/identity theft in the form of a police report.