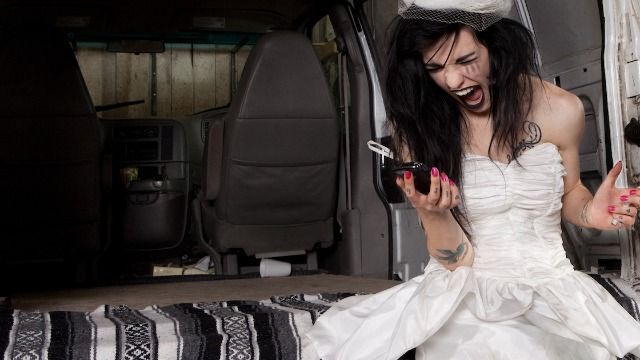 Bridesmaid asks if she was wrong to refuse to help clean venue resulting in $500 fee.

Anyone who has been in a wedding party is familiar with the unpaid intern-level tasks associated with the planning process, the day-of meltdowns, and overall flower-fueled frenzy...

So, when a conflicted bridesmaid decided to consult the moral compass of the internet otherwise known as Reddit's "Am I the As*hole" about whether or not she was wrong to bail on her assumed post-event cleaning duties, people were quick to help deem a verdict.

AITA (Am I the As*hole) for leaving a wedding early as a bridesmaid and causing the wedding to get charged a $500 cleanup fee?

I Jane, (21/F), was one of Vanessa's (21/F) three bridesmaids, and her wedding was held at a remote lodge venue up a mountain. When everyone got to the lodge, we did a dry run of the ceremony and surveyed the place.

I assumed that the men would go to their cabin and the women would go to ours, and we'd relax before the wedding. Instead, the men immediately headed to the liquor store, and the groom and bride's mothers began ordering the bridesmaids to move furniture into place.