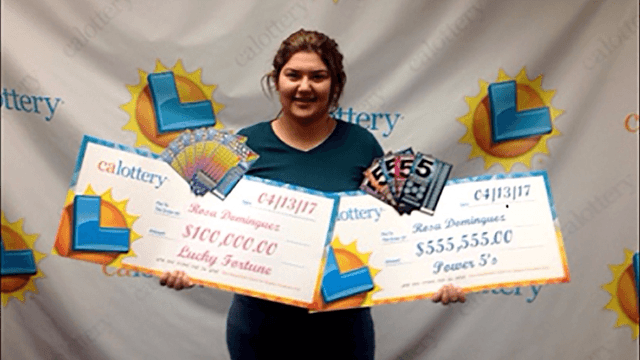 This teen won the lottery twice in one week.

A 19-year-old in California won $555,555 earlier this week. And then she went back and won the lottery again.

Rosa Dominguez, according to ABC, bought a $5 Power 5's ticket. When she scratched it off, she learned that she had won the ticket's top prize. “I was so nervous I just wanted to cry,” she told the California Lottery.

Just a few days later, Dominguez decided to buy another $5 scratcher. Where most people would stop at one half-million dollar lottery win, Dominguez wanted to try her luck a second time. Her penchant for the lottery paid off, with yet another win of $100,000 – also the top prize offered on that particular ticket.

Dominguez's plans include going shopping for a new car. Hopefully, she'll also set herself up with a nest egg that means, at less than 20 years old, she may never have to work again.