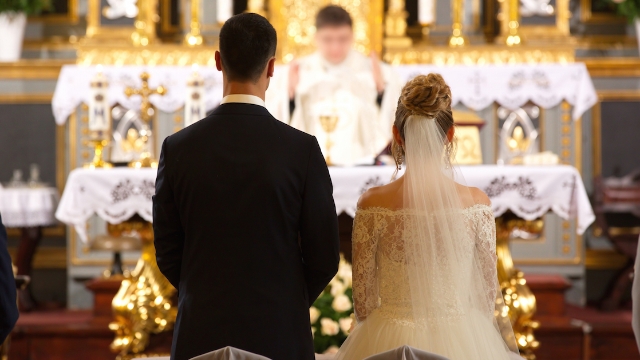 Wedding ceremonies run the gamut from hyper-religious to secular and irreverent. There is no one-size-fits-all way to plan your ceremony, and personal religious preferences and family traditions often strongly influence how the exchanging of vows on the Big Day goes down.

Most wedding guests are well aware that the ceremony might express a vastly different faith from their own, and it's generally not a big deal. After all, the wedding ceremony is centered on the couple expressing and committing to their love publicly, not how all of the guests feel.

However, there are still times when the gulf between the wedding couple's religious beliefs and that of their friends is large enough to create awkwardness.

In a recent post on the Am I The *sshole subreddit, a groom asked if he was wrong for not inviting his atheist friends to the ceremony portion of his Roman Catholic wedding.

AITA for inviting my atheist friends only for the wedding party and not the ceremony?

OP kicked off the post by sharing that he's getting married in a few months and throwing a traditional Roman Catholic wedding.

Even as a devout Roman Catholic himself, OP admits the ceremony can be a bit long-winded and is afraid it'll bore and alienate his atheist friends who dislike religion.