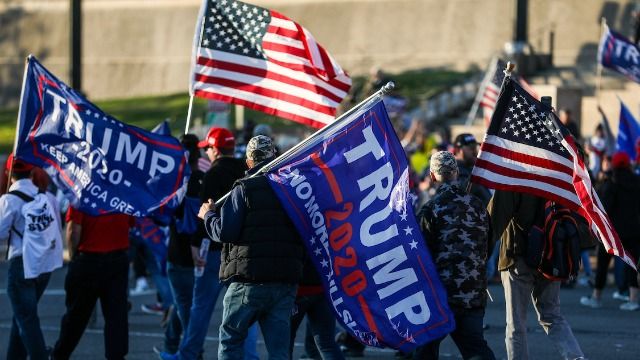 On Wednesday, a mob of Trump supporters rushed the United States Capitol in an attempted coup provoked by Trump's disproven claims that the 2020 election was stolen.

BREAKING: Trump supporters have breached the Capitol building, tearing down 4 layers of security fencing and are attempting to occupy the building — fighting federal police who are overrun

This is the craziest thing I’ve ever seen in my life. Thousands, police can’t stop them pic.twitter.com/VVdTUwV5YN

The mob broke windows, looted, and forced their way into the Capitol, with very little physical resistance from police.

Whoa: Trump supporters going at it with the police on the steps of the Capitol as Congress counts the Electoral College ballots inside pic.twitter.com/LiQhaa5KkQ

During the course of the coup attempt, four people died, one woman was shot and three others died of "medical emergencies."

It didn't take long for people to point out how the mob of Trump-supporting terrorists (terrorism is defined by the FBI as the use of force or violence to intimidate a government) were not treated with the rubber bullets, tear gas, riot gear, or actual gun shots that Black Lives Matter protests faced over the summer.