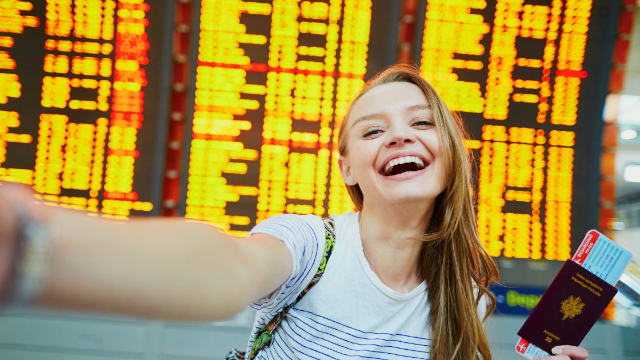 School spirit looks different depending on the college, and for Texas Tech students solidarity is expressed through the slogan "Wreck em and guns" and a finger gun motion. In most scenarios, yelling this at a classmate would be nothing more than awkward for bystanders. However, in the context of airport TSA screenings, the reference to weapons is markedly less casual.

So, when 19-year-old Diana Durkin of Houston saw a guy wearing a Texas Tech sweatshirt in the TSA line, she threw up the school's gun sign out of habit. The guy, who was likely acutely aware of the airport context, gave her a strange look and did not reciprocate. Soon, she felt the tap of a TSA agent who pulled her out of line for the reference to guns.

Durkin told Buzzfeed News that once she got pulled aside she was thinking, "Oh my gosh, they think I'm a terrorist. Oh my gosh I'm going to jail. I'm just sitting there, almost in tears, like, 'No, I'm just really dumb, I'm not a terrorist!"

Despite the scare, Durkin was released with a warning after a thorough screening and pat down.

When she tweeted about the occurrence, her anecdote immediately went viral.

tsa is now pulling me aside to talk to me :((

In fact, the rapid Twitter fame caused Durkin to call her mother to fill her in.

She didn't want mom to find out through an article, and apparently, her mom didn't take too well to the call at first.

Y’all had me scared my mom would see this tweet so I just called her and told her and she hung up on me :\\

She also used the opportunity to boost support for survivors of Hurricane Harvey and Maria. This hits especially close to home since her family was affected by Harvey.

Also while y’all are here please keep praying for Houston, Puerto Rico, Flordia, Cali, and all affected by natural disasters. Just because the disaster passed people still have such a long road of recovery ahead. Click here to donate if u can: https://t.co/X1240cOnNr

After the initial shock wore off, Durkin's mom felt ready for the internet attention.

someone come get my mom 😂🙄 pic.twitter.com/hBR6BJwjlI

Other Twitter followers shared their similarly ridiculous experiences with TSA.

The TSA stopped me today because my @lushcosmetics products apparently registered as explosive materials by their machines.

Next time Durkin hits up the airport, she will check her school spirit with her bags.