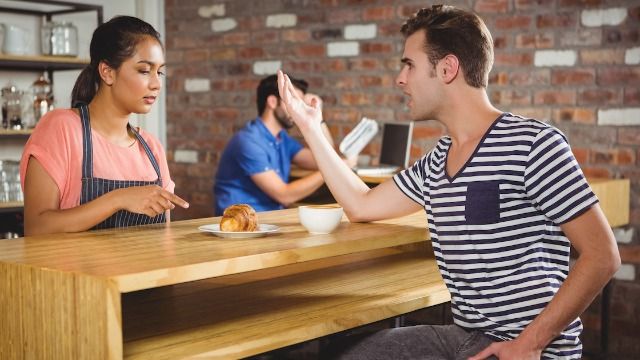 College student asks if they were wrong not to tip waitress friend who won the lottery.

The subject of tipping for service in a restaurant or a bar is often controversial, especially for people who come from a country where tipping is not customary...

Tipping servers at least 20% of your check is the standard for most American restaurants as tipped employees essentially work on commission. If they're running ten thousand dollars in sales on a slammed weekend night as opposed to a dead Sunday shift with one lonely bar customer, a standard, unwavering hourly wage doesn't always make sense. If you can't afford to pay an extra 20% of your check, then you simply can't afford to go to that restaurant or bar. Refusing to tip a server because you're "broke" and assuming they're making millions per hour running beer around a crowded sports bar on a busy Friday night will earn you some seriously nasty karma.

Servers and bartenders working long shifts without breaks to make your first date, gathering with friends, or birthday party special deserve to be tipped regardless of their present financial situation. So, when a conflicted and "broke" college student decided to consult the online courtroom of moral philosophy otherwise known as Reddit's "Am I the As*hole?" about their decision to stiff a server on a tip, people were there to help deem a verdict.