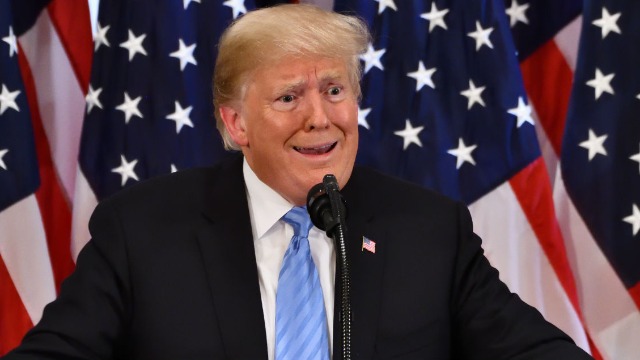 This comedian went viral for lip-syncing to Trump and here are 8 of her funniest videos.

If you've ever listened to Trump speak and thought, "this is...ridiculous?" his words become a lot easier to consume when they are filtered through Sarah Cooper's hilarious lip-syncing TikToks.

Many comedians have tackled the challenge of impersonating Trump and with his voice, hair, pursed lips and hand gestures, it's not exactly the most difficult task. However, none have dared to try an impression that uses Trump's actual voice the way Sarah Cooper has. The simplicity of her lip-syncing tactic lets the chaos of Trump's speeches speak for themselves, proving that whether or not you agree with the values, policies or actions of president Trump, the things he says can be...funny.

When Trump suggested that scientists look into how disinfectants being injected into the lungs could potentially cure coronavirus, Sarah Cooper's Twitter profile exploded.

“Trump is an amazing comedy writer without realizing it. There were so many moments I was able to use. I put the video out within a few hours of him saying those words. A lot of people said they saw the parody before they saw the real thing, which made it not only good content but newsworthy," she told the LA times. Since her first video, celebrities such as Jerry Seinfeld, Ben Stiller, Bette Midler, and J.K. Rowling have given her praise on social media and she has met with production companies to discuss potential comedy projects.