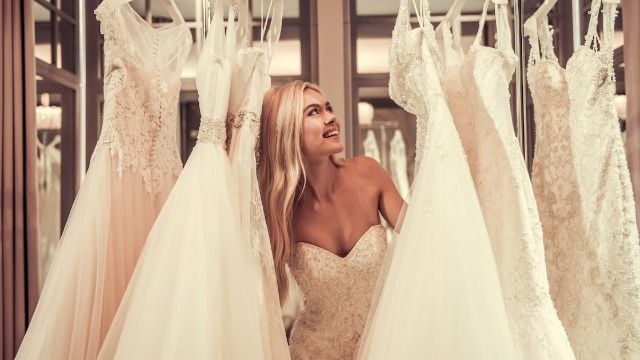 Dad asks if he was wrong to stop daughter from wearing white to her sister's wedding.

As a wedding guest, doing anything to take attention away from the couple getting married is generally considered rude...

Deciding after three glasses of champagne that now is your moment to storm the stage and sing the couple an impromptu song, proposing to your partner during the dinner, announcing a new job or a pregnancy, or wearing a white gown are all considered wedding faux pas. While the bride might perfer a moral casual affair and wouldn't care at all if everyone showed up in exactly the same dress as hers, it's usually best to err on the side of caution and avoid a midday, mimosa-fueled meltdown.

So, when a confused and frustrated dad decided to consult the moral compass of the internet otherwise known as Reddit's "Am I the As*hole?" about his daughter demanding she wear a white dress to her aunt's wedding, people were quick to offer advice.

AITA (Am I the As*hole) for not letting my daughter (14) come to her aunt's wedding because she wanted to wear white?

My (M43) sister's wedding was last week. She sent me and my wife an invitation and said that the wedding allowed kids so everyone was bringing their kids to the event. Once I heard that kids were allowed I let my wife know and she decided to go dress shopping with our daughter (14yo). Our daughter is quite picky when it comes to clothes It took them several visits to the mall to find what our daughter was looking for.