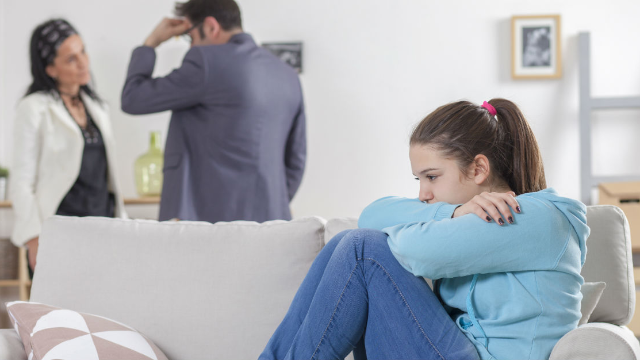 Dad asks if he's wrong for calling police on teen daughter after finding drugs in her closet.

Is it ever a good idea to call the police on your own child?

Of course, most parents want the absolute best for their children and that means keeping them safe, healthy and law-abiding. Teenagers are notorious rule-breakers and it's a tumultuous time to figure out your identity while hormones are raging and angst is brewing. Slammed doors and broken curfews are normal, but what about when your child is selling drugs?

If your teenager is repeatedly breaking your rules and then the law, is there a time when you should get the police involved? This is when it gets complicated...

Luckily, the moral compass of the internet is here to save the day. When a recent Reddit user asked the "Am I the As*hole?" section of Reddit for advice concerning his daughter, who had been using drugs.

AITA (Am I the As*hole?) for calling the police on my kid?

Daughter is 16. Her mom and I are divorced.Daughter has been caught smoking pot several times from the age of 14. Her mom and I have collectively punished her several times for this. The last time we caught her, I started drug testing her. Her mom doesn’t agree with it, but we have caught her so many times now that I think this is the best way to prevent her from doing it.

I don‘t normally go through her room, but the router for the house is in there, and I needed to reset it. When I go into her room, I found a mushroom cap on black paper hidden underneath her desk. I look up what the hell it is and it is a spore print for magic mushrooms. I go through her room further to find an entire damn aquarium filled with mushrooms in the back of her closet. obviously I am enraged, so I wait for her to get back from school, and I called the police. She was arrested, booked and released into her mother’s custody.

Her mother is pissed, and saying that I may have ruined the kids life for no reason, but we have tried to correct her drug abuse several times to no avail, and it has escalated. She now has a court date and can answer to the law since she doesn’t take the rules in my house seriously. I doubt she’ll get more than probation anyway.

My parents are also pissed though, saying that this could have been handled inside the home, and that’s why I’m here. I’m wondering if I over reacted and would like a more impartial judgment.