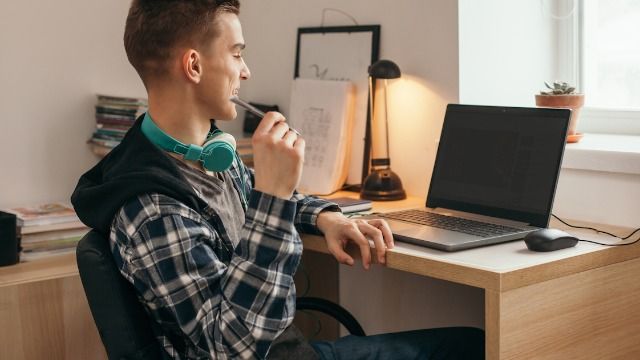 Dad asks if he was wrong to tell son to get lock for bedroom to keep out intrusive mom.

It can be a difficult transition for parents when their children suddenly have adult responsibilities and needs...

While most parents wouldn't think twice about walking straight into their 5-year-old's bedroom and interrupting an elaborate game of "Doll Hair Salon," when kids enter their teen years it's critically important to maintain a mutual respect for family privacy. Feeling smothered by your parents and unable to have a true minute of alone time as a teenager can often fuel resentment, secrets or rebellion.

In an effort to keep your kids closer to you as a parent with an "open door" house policy, not giving them any personal space to be alone can often have the opposite effect. If you're constantly accusing your 16-year-old of hiding something just because they want to sleep in peace without their mom barging in for yet another update on the weekend plans, you're only giving a teenager more reasons to never trust you.

So, when a conflicted dad decided to consult the moral compass of the internet otherwise known as Reddit's "Am I the As*hole?" about his teenage son's privacy in their home, people were there to help deem a verdict.